THE BEGINNINGS OF THE WILHELMINIAN TIME 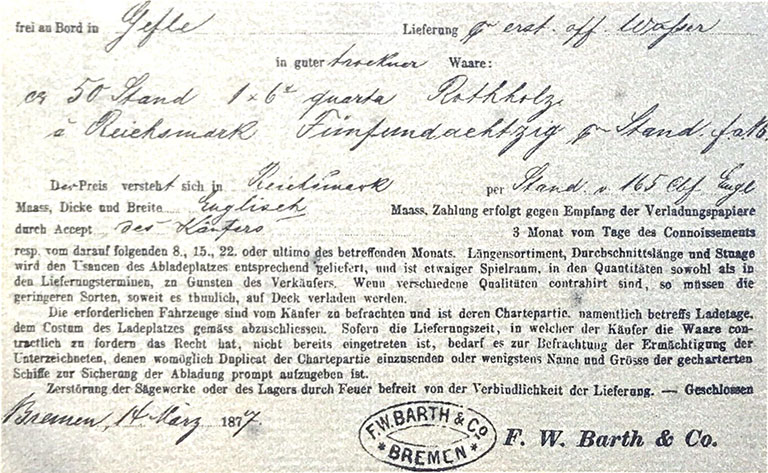 The next two branches are opened in Hamburg. From now on, F. W. Barth & Co represents 23 Swedish and 11 Russian exporters.

The American market is developed, resulting into 120,000m3 sales of Whitewood, Redwood, and round timber. The subsidiaries in Bremen and Hamburg alone sold 4,500m3 pitch pine.

1893 The new Düsseldorf branch is opened.

1898 The company F. W. Barth & Co. imports 20% of the aggregate timber products to Germany. The Düsseldorf branch is managed by Friedrich Wilhelm Barth Junior, the Bremen branch by Richard Barth.

The first agreements are entered into with EXPORTLES from Russia, at the same time, relationships with South America and India are intensified.

1940 F. B. Barth & Co. enters into a partnership with the wood import office “Holzeinfuhr-Kontor Hamburg”. 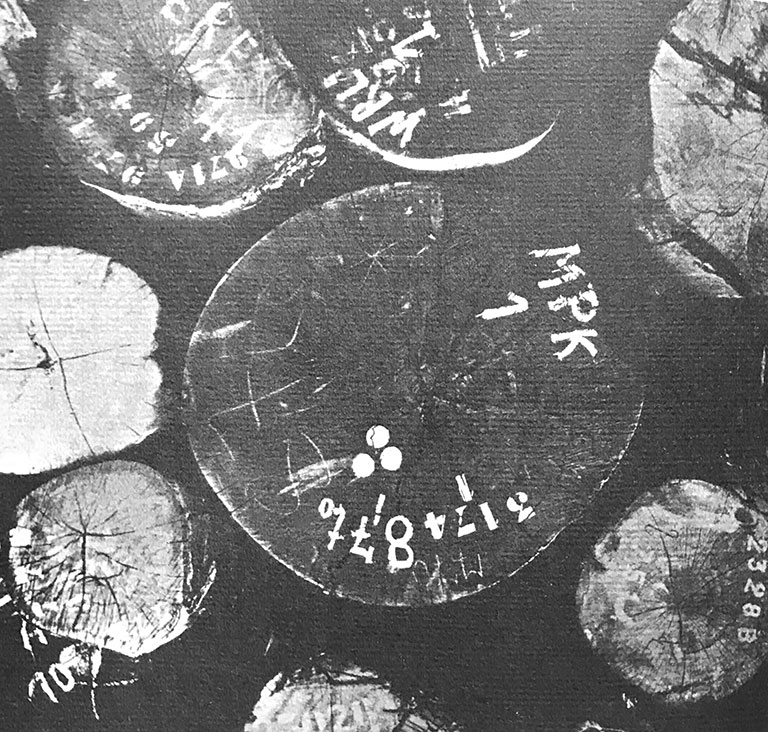 1971 The Hamburg branch is expanded by a department for African timber, thereby strengthening its position in the market.

On November 15, the time had come: The first FLEGT wood transporting container was forwarded from Indonesia into the EU:

According to FLEGT representatives, this was a benchmark against illegal wood harvest. This ensures that any harvested, transported or commercialised wood complies with national laws with respect to environmental, social, and economic aspects.

The Hamburg commercial enterprise F.W. Barth & Co. was the first company in the world to import a FLEGT container.